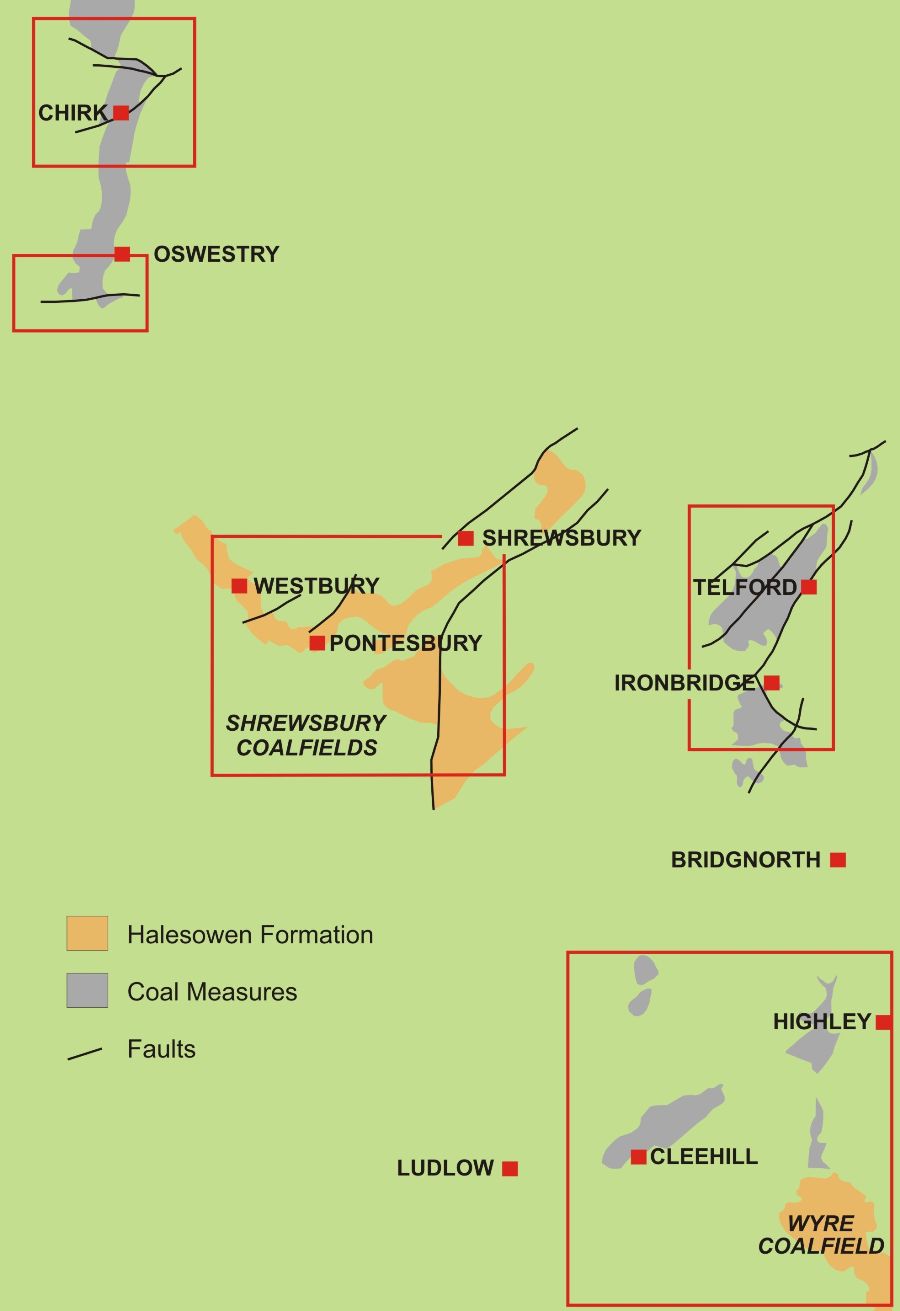 This county has a number of small coalfields. The Denbighshire coalfield runs into the northern part of the county and has been worked around St Martin’s. There is another outlier near Oswestry.

The main or East Shropshire Coalfield, in the Ironbridge-Telford area, has received particular attention from Dr Ivor Brown whereas the Clee Hills and Wyre Forest (partly in Worcestershire) coalfields have been covered by others. Their work has been published in the Journal of the Shropshire Caving and Mining Club and other mining history societies.1-3

The most authorative study on the Clee Hill Coalfield remains an unpublished PhD thesis of the late Ken Goodman; more recent work is of variable quality.